EconoME is intended for teachers of pupils aged 11-16.

'EconoME' is a free education resource from the Bank of England.

It’s designed to help young people understand the economy better and provide them with the analytical skills to make informed decisions.

The material was created by educational experts in consultation with the Bank of England. It is accredited by the PSHE Association and Young Money.

Focusing on the role of decision making in the economy, econoME is organised into four lessons, each building on material covered in the last:

Lesson 1: What influences my decisions? Explore a variety of factors that influence decisions, including the economy.
Lesson 2: How can I make informed decisions? Explore the process of decision-making including the sourcing and analysing of reliable information.
Lesson 3: Why do my decisions matter? Consider the consequences of any decisions your students might make – for themselves, others and the economy.
Lesson 4: How can I manage financial risk? Students explore the benefits of saving, borrowing and protecting their money. Then, help them recognise a scam and how to avoid it.

Taken together, the four lessons will help students to understand how the decisions they make both affect, and are affected by, the economy. Students will also have the chance to practise the skills necessary for making informed decisions more broadly, from gathering and analysing information to weighing up pros and cons and reaching considered conclusions. Students will explore the benefits of saving and borrowing, the effect of interest rates, different types of lender and the difference between manageable and unmanageable debt. The lesson will also help students understand some of the risks around financial fraud and scams, and how to avoid them.

Each lesson comes complete with lesson plans, activities and PowerPoint presentations. Also included are short films featuring explanations from Bank of England experts, as well as a glossary of useful terms.

EconoME has been designed to be accessible for students and teachers alike. Lessons can be taught without any previous economic training, and resources have clear links to relevant national curriculum programmes of study including:

EconoME is FREE to download and is available in English and Welsh.

To help us to continue to improve and enhance our school resources we recently sent a survey to all teachers who had registered for the econoME resource. All responses received before Friday 5 April were entered into a prize draw to win an Amazon voucher and the winner was Mr J Connolly from Cumbria. 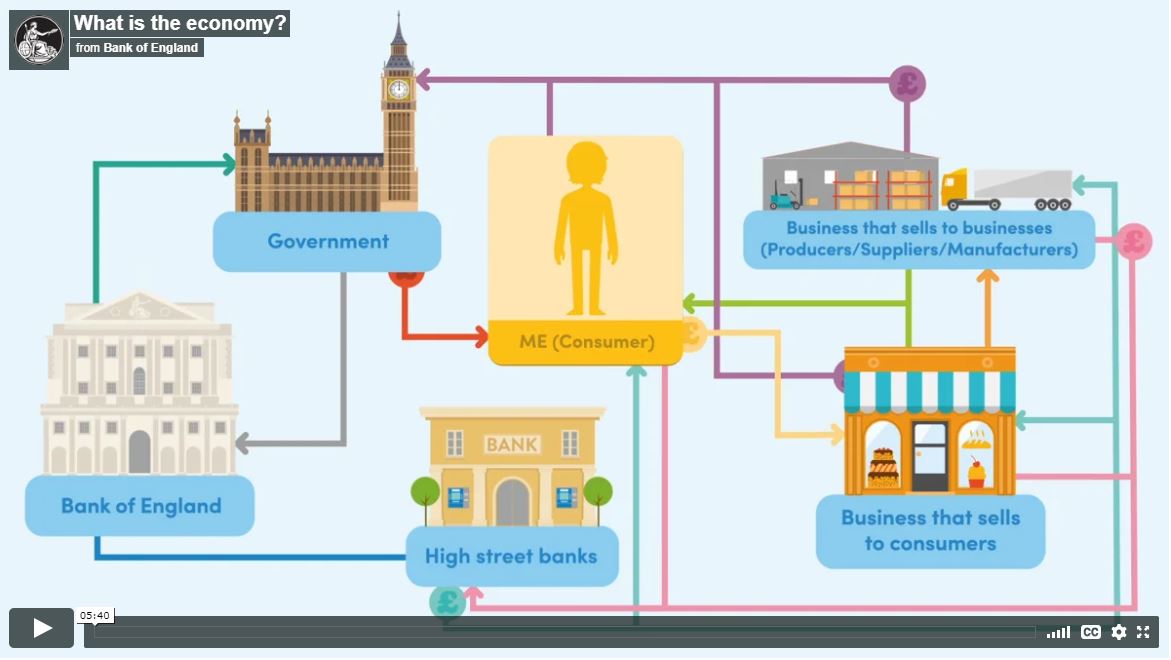