Given at the Risk.net LIBOR telethon on 8 December 2020

LIBOR is an interest rate benchmark used in financial markets, which is being phased out. Andrew Hauser sets out what businesses and lenders need to do to be ready for transition.

I want to start by thanking Risk.net for organising a really fantastic event today. As a child of the 1970s and 80s, I have to confess the word ‘telethon’ conjures up slightly uncomfortable images of Dick Emery, Ed ‘Stewpot’ Stewart and the Krankies. But it’s really worked a treat today – even if Terry Wogan’s strange Blankety Blank microphone is inexplicably absent…

Telethons are usually about raising money for good causes – but LIBOR is the exact opposite.
A number whose apprenticeship began in the syndicated loan markets of the late 1960s, and worked its way up into every part of the financial system in the decades that followed,footnote [1] is now well and truly in need of retirement. The unsecured term interbank lending markets it seeks to measure barely trade, even in calm conditions. And when things get rocky, they don’t trade at all – as we saw in March.footnote [2]

A rate like that simply can’t provide a robust backbone for the global financial system.

Yet in the decade since LIBOR’s age really began to show, some have clung to the hope that it might just push on. After all, how could such a well-known colleague ever leave?

Few can still harbour that illusion after the announcements of recent weeks.footnote [3] Subject to the outcome of IBA’s consultation launched last Friday,footnote [4] the LIBOR panels for sterling, yen, Swiss Franc, euro and the less heavily traded dollar tenors will cease at the end of 2021. And, although the panels for more heavily used US dollar settings will stick around for a short while longer, to support legacy business, the US and UK authorities have been absolutely clear that new use of these rates must stop at the end of 2021,footnote [5] in line with everywhere else.

LIBOR’s long career is drawing to an end. It’s time to bow out gracefully.

Of course, as with any departure, there’s lots to do to ensure a smooth transition – and I want to highlight three key actions for market participants in the months ahead.

1. Moving all new business off LIBOR

The first priority is to break the remaining grip of LIBOR on new lending and other business as soon as possible before the end of 2021.

Sterling markets, where my main responsibilities lie, start in a reasonable place:

But there’s further to go. In sterling swaps, we’ll need to see another jump if the market is to hit its target of ceasing all new LIBOR usefootnote [7] by the end of March next year. All new lending linked to sterling LIBOR is also due to be phased out on the same timeline, with the exception of very short loans maturing before end-2021.footnote [8]

Those are challenging goals – particularly for firms that are still not ready to move away from LIBOR, who have some rapid catching up to do. We recognise this comes at a time of difficult operating conditions more generally. But with LIBOR’s retirement now in the diary, sending new business its way isn’t just optimistic – it’s imprudent too.

Though the precise timelines differ slightly in other currencies, the bottom line there is also clear. Whether your firm is a lender or a borrower, you must be ready to transact any new or refinanced lending on a non-LIBOR basis next year, a point underscored in a joint statement by US regulators last week. For firms with further to go, that could mean: spending time understanding the new non-LIBOR products; completing governance processes; or adapting systems.

But whatever it is you need to do, make sure you’re not left behind. Help is available from your banks, trade associations and industry working groups.footnote [9]

Redirecting new business away from LIBOR is the critical step for securing the future.
But we must ensure that LIBOR-linked business from the past is made safe too.

The vast majority of that business, by value, lies in the hundreds of trillions of dollars of LIBOR derivatives contracts stretching beyond end-2021. Leaving those contracts without clarity when LIBOR ends is unthinkable – but so is the idea of negotiating over each contract individually to achieve that. That’s why ISDA, supported by the Financial Stability Board (FSB), has worked with market participants and regulators over many years to identify a fair and robust mechanism for these contracts to convert to risk-free rates. The conclusion of this process and the launch in October of ISDA’s protocol to insert these fallbacks into existing contracts provides the means for LIBOR users globally to plug a glaring risk in their derivative positions.footnote [10]

And they are doing so, in large and ever-increasing numbers. As of this morning, nearly 1,700 legal entities around the world had adopted the protocol – from huge global banks and corporates, to local building societies and property firms. The list covers all twenty of the largest traders in sterling swap markets by volume. And both LCH and CME, the world’s largest swap clearing venues, have committed to adopting the same measures in their own rulebooks.

But there’s much more left to do. Derivative exposures are not just the domain of large banks – they also hedge real economy risks. It’s therefore encouraging to see big household names like Unilever and Tesco, Vanguard and Aberdeen Standard, among the early adopters. But we need to see this coverage expanded to much more of the investment community and to the non-financial corporates who use these markets, as well as completing sign up by banks.

If your firm has not yet assessed whether to sign up to the ISDA protocol, or discussed plans with your trading counterparties, this should now be a top priority. And if you determine the protocol is not the right approach for your particular circumstances, you will need to make clear alternative plans to mitigate the risks.

Sadly it’s not only in derivatives where pre-existing fallback arrangements have been absent.
Until recently, few contracts in other markets envisaged the potential for a world without LIBOR either, leaving borrowers and lenders alike exposed to serious uncertainty and the risk of a disorderly outcome. Where those contracts are expected to remain outstanding, the best chance of avoiding those risks lies in active conversion to another rate before the end of 2021.

For sterling, the industry-led Working Group has strongly encouraged all market participants to complete, by the end of next March, a full assessment of their LIBOR contracts extending beyond the end of 2021. The aim is to identify those that can be actively converted, and to put plans in place to complete those conversions wherever viable by the end of next September. This advice is echoed more broadly by the FSB in its global transition roadmap.footnote [11]

If you haven’t done so already, you should be making a start on that assessment. To stand a chance of controlling your destiny, you need to know what your exposures are, and how you’re going to deal with them over the course of next year. Make and resource those plans now – we don’t want anyone to be caught out. And the regulators will be watching closely.

Retirements always seem far off, until they’re not. LIBOR is no different. What once seemed a distant prospect is now very real.

One by one the remaining areas of uncertainty are closing. Now there’s just a year left for all market participants to get three key things done:

To have got to this point is a quite remarkable achievement by everyone involved. Working together, it’s time for one last push before we bid LIBOR farewell for good.

I am grateful to Tom Horn for his help in writing these remarks, and to Andrew Bailey, Sarah Breeden, Sarah Hall, Alastair Hughes, Maggie Illingworth, Alieda Moore, Dave Ramsden and Edwin Schooling Latter for their comments and guidance.

Other than for risk management of existing positions.

Why do firms need to accelerate the transition from Libor benchmarks?

Join the revolution! Why it makes business sense to move on from LIBOR - speech by Andrew Hauser 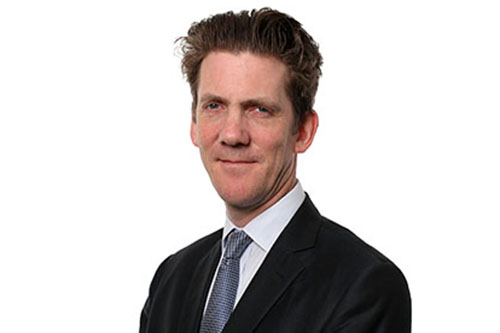 The economic situation and monetary policy − speech by Huw Pill