Falling revenues have led to severe cashflow difficulties for many companies

The Covid-19 (Coronavirus) pandemic has caused a sudden, rapid decline in economic activity in recent weeks. The situation has been described by many Agency contacts as being worse than the financial crisis in 2008.

Due to fast-moving developments since the outbreak of the virus, this publication focuses on intelligence gathered by the Bank’s Agents during the first few weeks of March. Prior to that point, companies had generally reported some modest improvement in some parts of the economy and the outlook. That is reflected in the Agents’ scores released alongside this publication, which are based on information gathered during January and February.

A summary of information gathered by the Bank’s Decision Maker Panel is also published alongside this document.

There has been a sharp decline in spending on consumer services and non-food goods, which intensified following official advice to restrict travel and social interaction. The most immediate impact has been in the travel, leisure and hospitality sectors.

Over the past few weeks, hotel, airline and travel bookings have declined significantly. Revenues at restaurants, pubs, cafes and leisure venues around the UK have also fallen rapidly as consumers stayed away. This was the case even before the Government issued advice on social distancing and ordered such businesses to close. Some clothing retailers have reported high double-digit falls in sales. New car sales have also weakened significantly.

In response, a number of companies have cut working hours for staff or decided to close temporarily. In some sectors, staff have been asked to take unpaid leave, and there were some reports of redundancies.

Some very early reports gathered following the announcement of the Government’s jobs retention scheme suggested that it would mitigate some job losses that would have been necessary otherwise. Nonetheless, some retailers said they would have to cancel orders before they had been delivered, which would have an adverse effect on suppliers.

By contrast, stockpiling by consumers has led to a surge in demand at supermarkets, with sales exceeding Christmas levels. This has resulted in shortages of some foods and hygiene products, and supermarkets have started rationing these products in response. They have also started streamlining product ranges to focus on goods that are in high demand. Suppliers have increased production.

Supermarket contacts said that supply issues have been exacerbated by staff absence due to illness or self-isolation. There were reports of staff absences being more than six times the normal rate. Some contacts were looking into redeploying head office or administrative staff to stores and distribution hubs to cover staff shortages. Some supermarkets have started recruiting more staff.

The drop in consumer spending in March follows relatively modest growth in spending on goods and services over January and February. Growth in those months had been dampened by floods in parts of the UK, though, which had weighed on spending in the areas affected.

A number of contacts reported cancellations of consultancy projects – even by large corporates – as companies put strategic projects on hold to preserve their cash buffers in the face of falling demand. There were also reports of widespread cancellations of marketing and advertising spending.

However, some contacts reported increased demand for legal advice on employment matters. There was also greater demand for corporate debt restructuring services, potentially related to adverse economic effects from the pandemic.

In contrast, Agency intelligence gathered in January and February had indicated a modest improvement in business services turnover growth, supported by improved sentiment after the UK election.

Manufacturing output has weakened considerably, due to a combination of supply-chain disruption, declining demand and measures to avoid contagion.

Production stoppages in China following the outbreak of the Covid-19 virus earlier this year disrupted supply chains for many UK manufacturers. Companies in automotive, aerospace and machinery have been severely affected, resulting in factory shutdowns, shorter working hours and some redundancies.

There have recently been a few reports of production resuming in China. However, some contacts said that uncertainty about the economic outlook had led to a sudden sharp fall in orders. This was particularly the case for capital goods, as companies put investment plans on hold. In the past two weeks, all major UK car manufacturers have announced they are suspending production.

Project postponements and staff absences due to self-isolation or illness are expected to weigh on construction output in the near future.

There has been some evidence of projects being postponed, either due to economic uncertainty or because of delays caused by planning office closures. Some contacts reported delays on construction sites due to staff absence. This meant that some projects might take longer to complete.

There were also some concerns that a deterioration in housing market activity would weigh on housebuilding. By contrast, there was some evidence of strong activity in office construction.

Agency intelligence gathered in January and February had suggested that construction activity was slightly lower than a year ago. However, some publicly funded and commercial projects that had previously been delayed had been starting to progress.

Credit availability tightened for small, medium and large companies, and across an increasing range of sectors.

Over the past few weeks there have been widespread reports of cashflow problems among Agency contacts, across an increasing range of sectors, as their revenues declined sharply. Conditions have been particularly difficult for companies in retail, travel and hospitality and car dealerships.

There was widespread reporting of delays in payments for services, as business customers sought to preserve cash. But also that some large businesses had begun to help their supply chain by paying them earlier.

There were also some reports of trade credit insurance being withdrawn or reduced.

Financial market volatility had led to several corporate bond issuances being cancelled and many contacts considered financial markets to have been closed since mid-March. Instead, corporate borrowers were said to be seeking bank finance.

While companies welcomed the facilities announced by the Bank and the Government to support businesses, early reports suggested that there were some concerns that funds would take too long to arrive. Companies that are not eligible for the schemes were worried that banks would not provide sufficient support. Some companies were reluctant to increase their borrowing and believed their survival depended on grant finance and debt holidays.

There has been a marked deterioration in housing market sentiment in recent weeks. Contacts said that the economic uncertainty as a result of the pandemic had deterred buyers and sellers, bringing transactions to a halt. There were also reports that concerns about contagion had prompted some sellers to take their homes off the market in order to avoid holding viewings. Contacts thought that some buyers were staying away for the same reason.

Developers said that sentiment in the market for new homes has also cooled. The number of visitors to show homes and marketing suites has fallen over the past two weeks. Official advice to restrict travel and social interaction was expected to deter prospective buyers over the coming weeks.

Up until the middle of March, contacts had been reporting strong investor and occupier demand for office space in the larger UK cities. Demand from investors and occupiers for distribution and warehousing premises was also robust.

However, there was growing evidence that uncertainty about the outlook, difficulties with valuations and travel restrictions relating to the Covid-19 virus had led to some transactions stalling. Commercial landlords reported that tenants were requesting rent holidays as a result of a drop in incomes.

Contacts in sectors most impacted by the Covid-19 virus have put investment plans on hold to preserve cash.

At the start of the year, investment intentions had improved slightly, as companies reported that uncertainty had declined somewhat following the general election. But, over the past few weeks, Covid-19 developments have led to the outlook becoming highly uncertain. This has resulted in some companies halting investment plans and retaining cash buffers, in particular in retail, leisure, travel and hospitality.

However, some contacts in other sectors have said they plan to proceed with investment in expansion, product development and automation to reduce staffing costs and improve efficiency.

Contacts have mostly reported cutting hours and asking staff to take unpaid leave in response to the drop in demand. There have been some early reports of redundancies.

Contacts in a range of sectors said they had put recruitment plans on hold. Manufacturing contacts reported cutting working hours, or laying off employees where production was suspended altogether. By contrast, companies involved in the processing, distribution and sale of food were taking on additional staff.

Prior to the announcement of government support to help cover wage costs, a number of contacts across sectors had said they would have to make large-scale redundancies. This was particularly the case in the non-food retail, restaurant and hospitality sectors. Some contacts said that they had already let go of temporary or freelance workers.

Following the announcement of the Government’s job furlough scheme, very early reports from several companies suggested that the scheme would save jobs that might otherwise have been lost.

Lower commodity prices have pushed down on short-term cost pressures, but some contacts were concerned that supply shortages could increase costs in the coming months.

Most contacts said that they expected to keep prices stable in the very short term. This is either because they judge that, in the current environment, reducing prices will not help to generate demand, or because they don’t want to appear to be profiteering by raising prices. 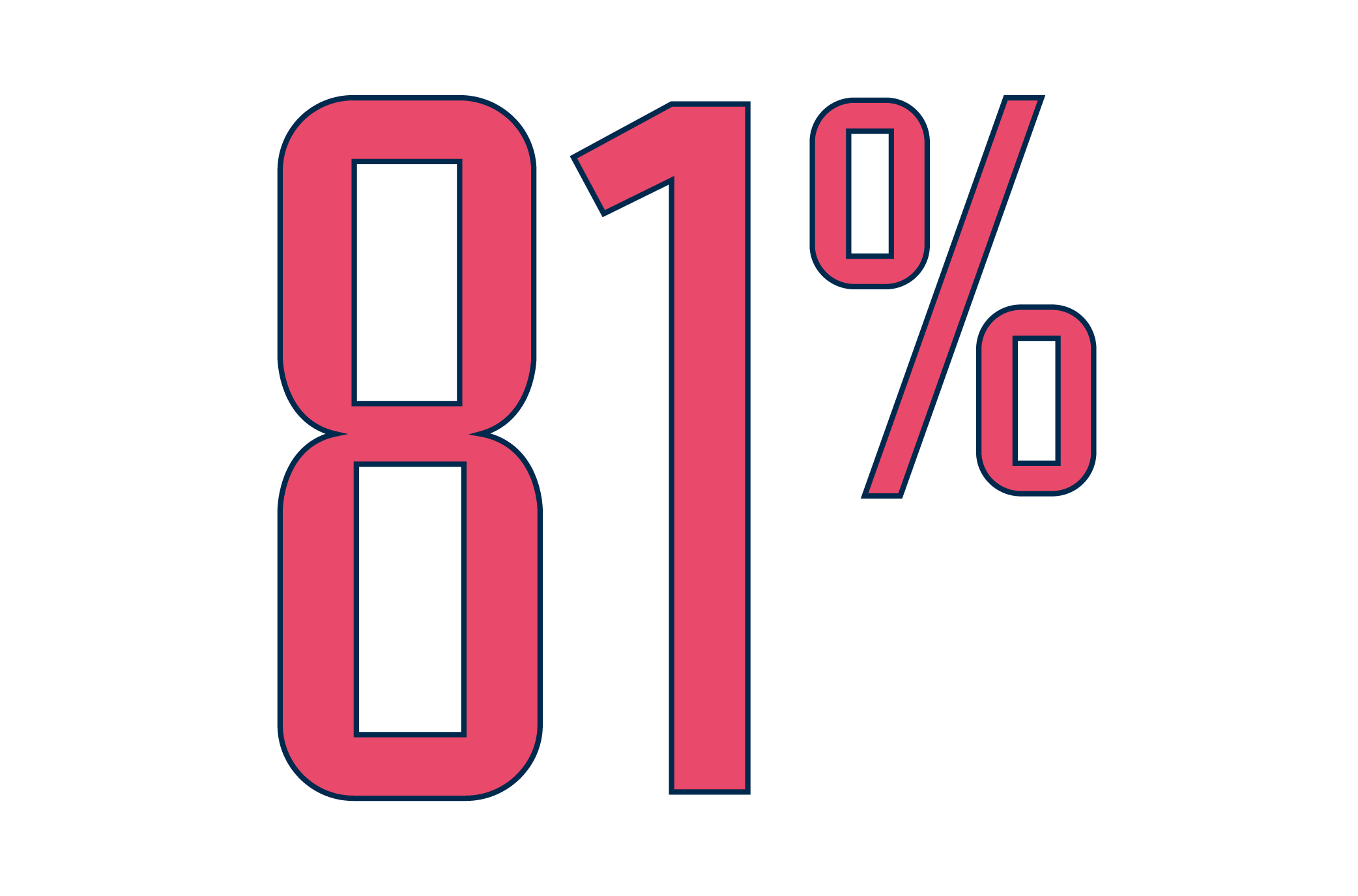