We first issued our current £10 note in 2017. It features the author Jane Austen.

Jane Austen announced as the face of the £10 note

The foil image of Winchester cathedral, where Jane Austen is buried, is gold on the front and silver on the back.

A clearly defined portrait of the Queen is printed on the window with ‘£10 Bank of England’ printed twice around the edge.

On the back of the note, there is a book-shaped copper foil patch which contains the letters JA.

At the side of the window is a coloured quill which changes from purple to orange when the note is tilted.

The polymer £10 note is 15% smaller than the paper equivalent.

There are two clusters of raised dots to help blind and partially sighted people identify the value of the note.

Focus on these two key security features to help confirm that your notes are genuine:

Tilt the note from side to side.  Check the words change between 'Ten' and 'Pounds'.

Look at the metallic image over the window. Check the foil is gold on the front of the note and silver on the back.

The Queen's portrait in the see-through window

A portrait of the Queen is printed on the window with '£10 Bank of England’ printed twice around the edge.

When you tilt the note, a coloured quill at the side of the see-through window will change from purple to orange.

A silver foil patch contains a 3D image of the coronation crown. You will find this above the see-through window on the front of the note.

A book-shaped, copper foil patch contains the letters ‘JA’. You will find this on the back of the note, directly behind the silver crown on the front of the note.

Feel of polymer and raised print

The note is printed on polymer, which is a thin and flexible plastic material.  On the front of the note, you can feel raised print. For example, on the words ‘Bank of England’ and in the bottom right corner, around the number '10'.

The printed lines and colours on the note are sharp, clear and free from smudges or blurred edges. If you use a magnifying glass, you will see the value of the note written in small letters and numbers below the Queen's portrait.

Under a good quality ultra-violet light, the number '10' appears in bright red and green on the front of the note, against a duller background.

On the front of the note (the side with raised print), there are two clusters of raised dots in the top left hand corner. This tactile feature helps blind and partially sighted people identify the value of the note.

The higher the value of a note, the larger it is. This note is approximately 132mm x 69mm.

A unique serial number is printed horizontally and vertically on the back of the note. The horizontal number is in the bottom right corner. It is made up of multi-coloured letters and numbers, which increase in height from left to right. The vertical number runs down the left-hand side and the numbers and letters are the same height and colour.

The international copyright symbol is included on the front and back of the note, below the ‘Ten Pounds’ text.

Jane Austen's portrait was commissioned by James Edward Austen Leigh (Jane Austen’s nephew) in 1870, adapted from an original sketch drawn by her sister Cassandra Austen in 1810.

Jane Austen was an English novelist who, using wit and social observation, provided astute insights into 19th century life, often praising the virtues of reason and intelligence and highlighting some of the barriers that society erected against the progression of women. Her books have been translated into over 40 languages of which there have been countless film and television adaptations.

Jane began to write when she was just 11 years old, and by the age of 23 she had already drafted early versions of some of her most famous novels, including Pride and Prejudice and Sense and Sensibility. All of Jane’s work was published anonymously so, despite the fact her work was generally well received and even became fashionable in some circles, she achieved little recognition until after her death.

There is an illustration of Elizabeth Bennet, a character from Pride and Prejudice. Beneath this image is Godmersham Park House, the estate owned by Jane Austen’s brother.

'I declare after all there is no enjoyment like reading!’ was said by Miss Bingley in Pride and Prejudice.

Jane Austen's signature is from her will.

Download our free education materials to help check your banknotes.

You can also order our free education materials online: 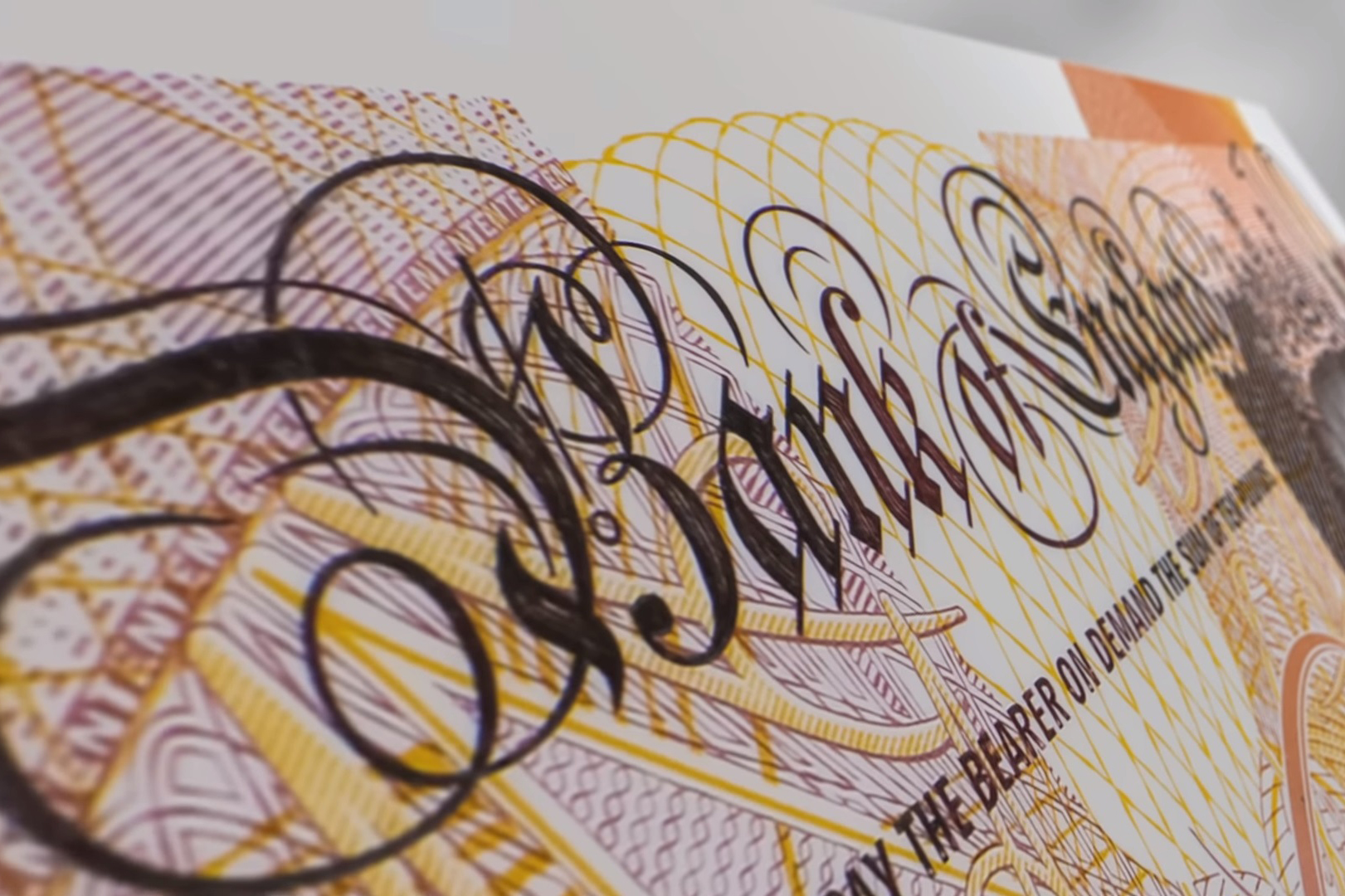 The current £10 note replaces our paper £10 note which was withdrawn from circulation on 1 March 2018. 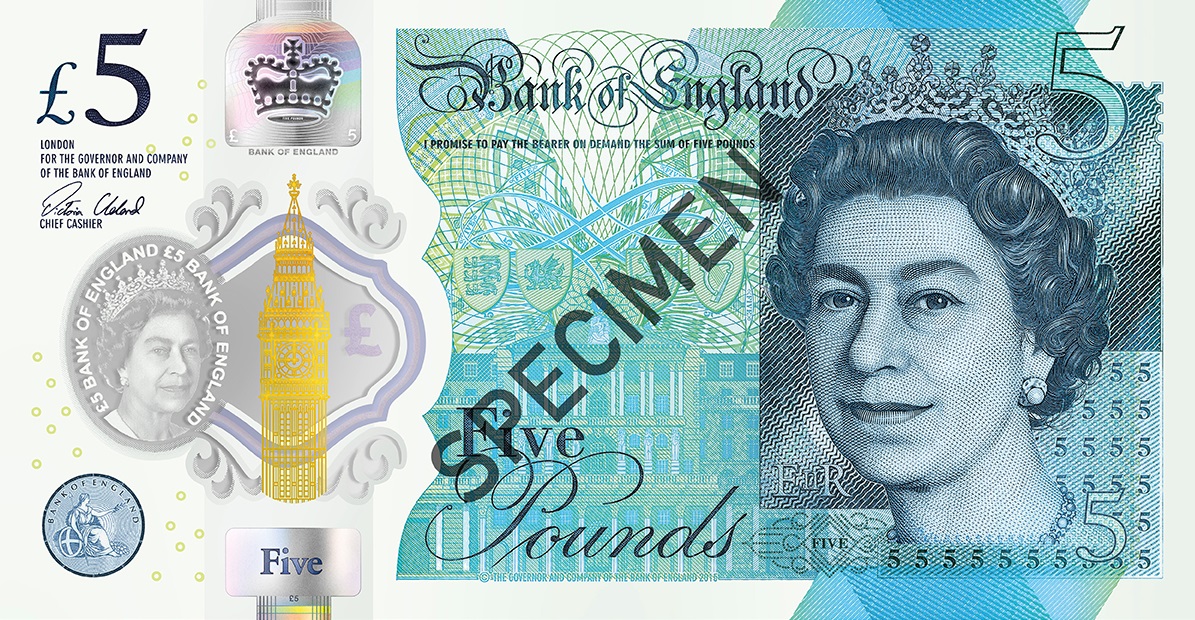 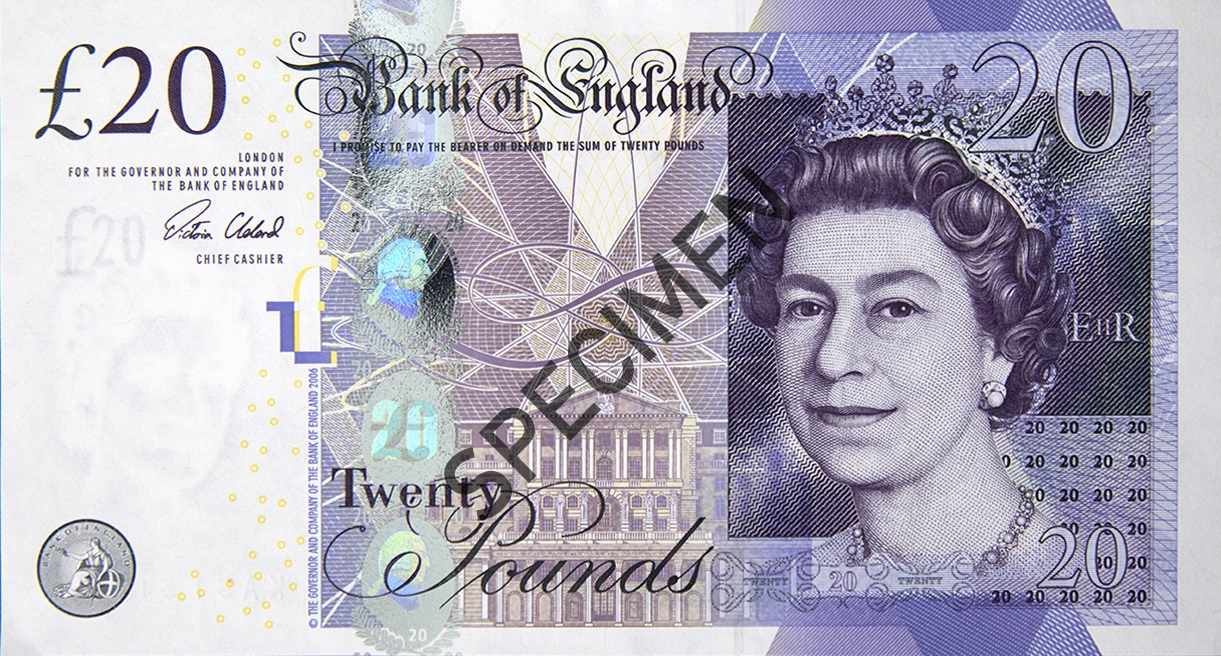 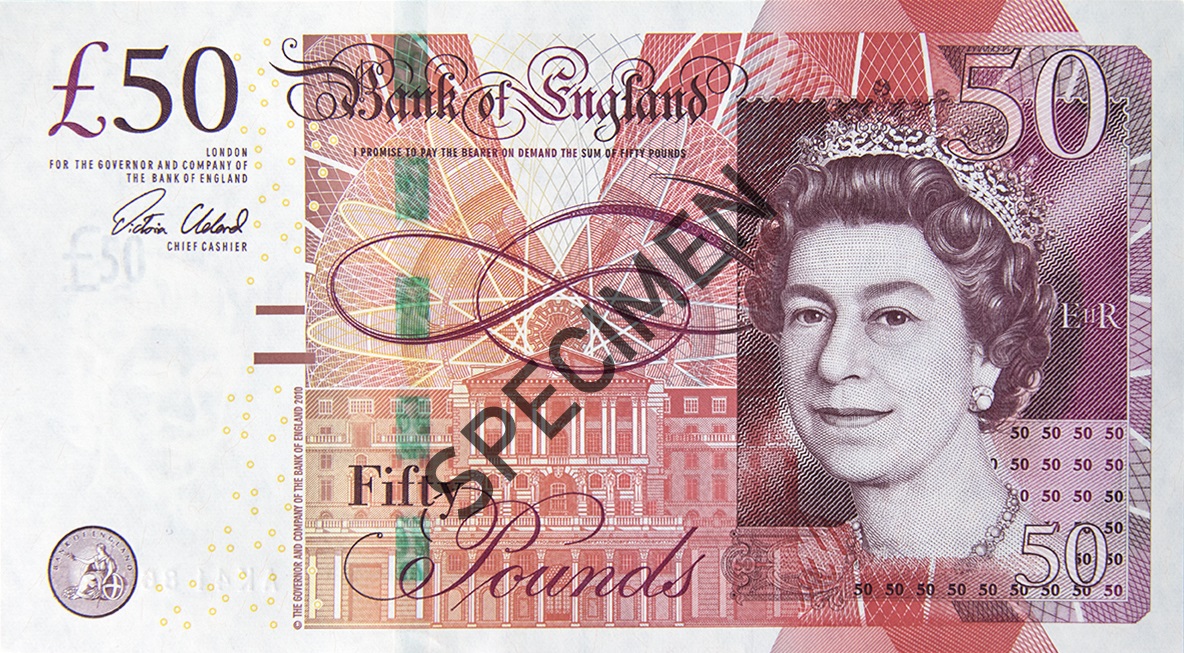 Issued on 2 November 2011 and features Matthew Boulton and James Watt.