Wages, productivity and the changing composition of the UK workforce

By Will Abel, Rebecca Burnham and Matthew Corder of the Bank's Structural Economic Analysis Division.

Wage growth can be affected by the characteristics of those in employment. For example, if the age of those in the workforce increases, average wages are likely to increase as older workers are on average paid more. These are known as ‘compositional effects’. Measuring them is important for the Monetary Policy Committee as it needs to consider the extent to which changes in the level of wage growth, a key indicator of inflationary pressure, might be masked by compositional effects. 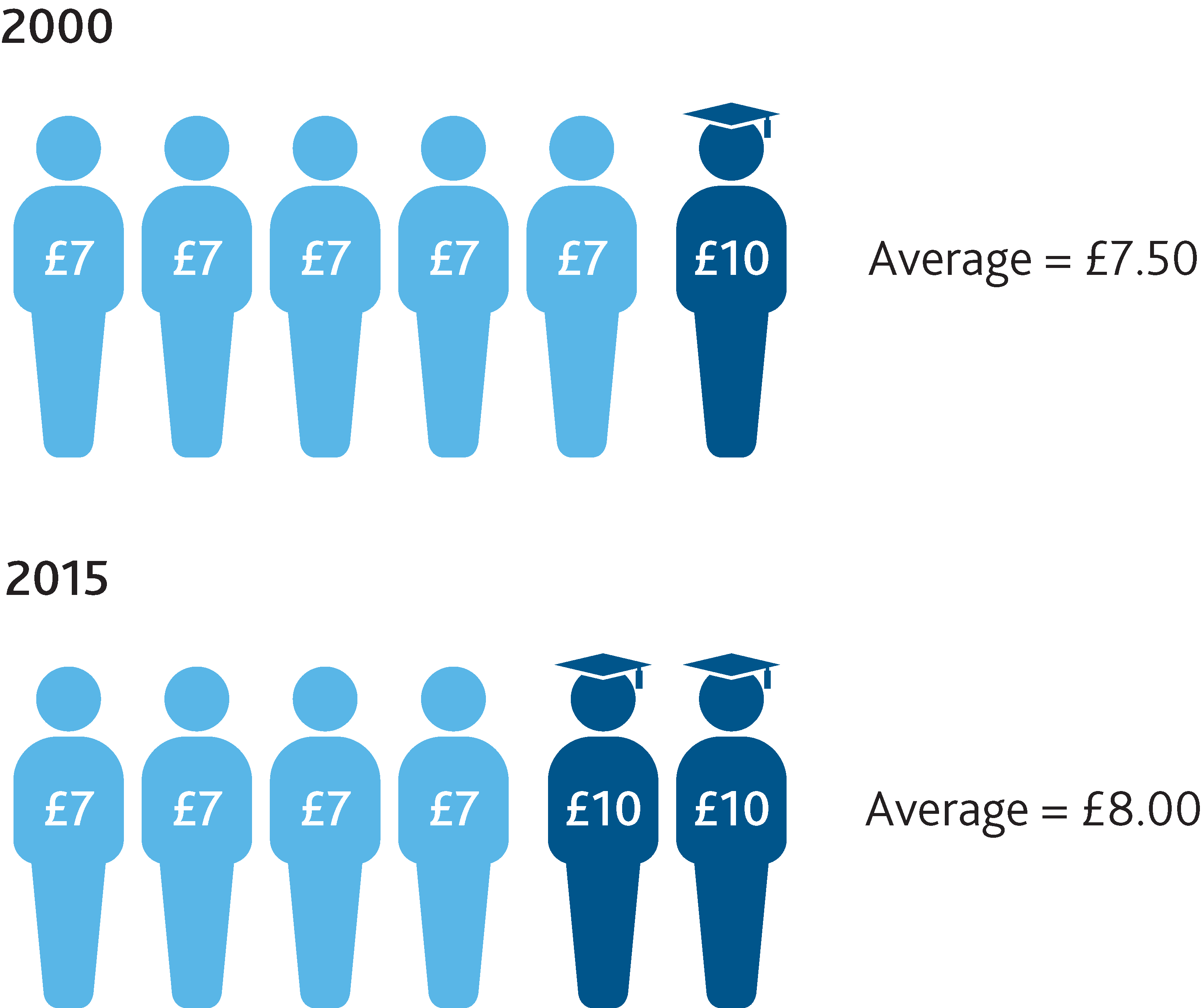 However, the effect of these factors has changed over time. In particular, since 1995, the effect of having a degree has fallen substantially. In 1995 a degree would on average increase wages by 45% relative to having no qualifications at all; by 2015 this premium had fallen to 34%. The effect of long tenure on pay has also declined by around a third since 1995. And the relative earnings of those over 55 have increased since the financial crisis.

The article concludes that compositional effects have can help explain some of the weakness in measures of wage growth since the financial crisis, but that very recently these effects have begun to subside. The drag on wage growth is likely to dissipate as the labour market normalises and the effect on wages of changes in the composition of the workforce returns to normal.

Capturing the City: Photography at the Bank...

Capturing the City: Photography at the Bank of England

How could a shock to growth in China affect...

How could a shock to growth in China affect growth in the United Kingdom?

The small bank failures of the early 1990s: another story of boom and bust

Bank of England notes: the switch to polymer

Bank of England notes: the switch to polymer